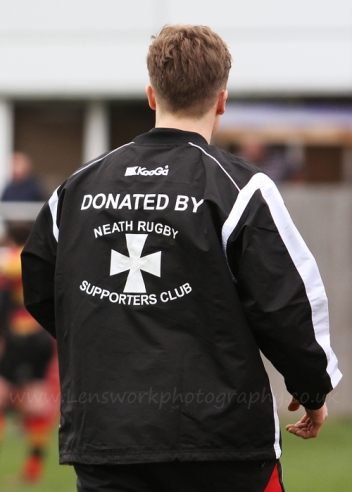 Josh Davies wearing one of the new Training Tops

Over the years, Neath Rugby Supporters Club have made various donations to the team.  The donations are a result of the funds raised through membership fees and various other activities.  All profit the supporters club makes is ploughed back into supporting the team.

The donations made since our formation in Summer 2013 are: