All Black visit the All Blacks

Posted on October 16, 2015 by neathrugbysupportersclub 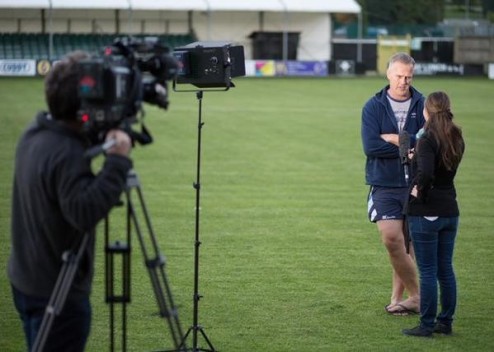 With the World Cup entering the knock out stages, there were some interesting visitors to the Gnoll this week.  A New Zealand TV crew turned up to film a feature on the famous Neath v NewZealand game 26 years ago.

They spoke to players from the day, including coach Gareth Llewellyn and Team Manager Martyn Morris who played in the Neath team that day.  In addition, they also spoke to Team Secretary and historian Mike Price and current captain Nicky Downs.

The game is still making headlines over a quarter of a century later.

This entry was posted in News and tagged Neath, New Zealand, TV. Bookmark the permalink.