Posted on January 11, 2014 by neathrugbysupportersclub 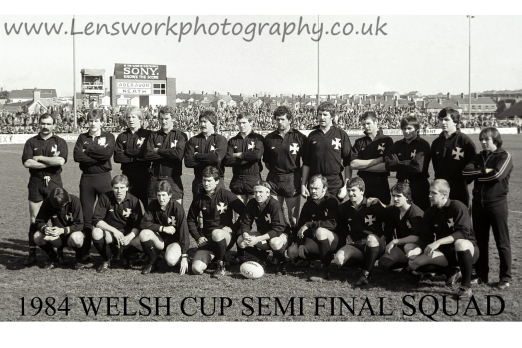 Neath Rugby Supporters Club are today proud to launch our Hall of Fame.  The Hall of Fame will recognise and honour individuals synonymous with Neath RFC  – the legendary figures who have shown exceptional commitment and contribution to the club.

Starting this year, Neath Rugby Supporters Club will induct three new members into the Hall of Fame.  The inductees could be players, coaches, administrators or any individual from any era who has shown a remarkable loyalty and commitment to Wales’ oldest rugby club.

So who will be inducted into the Hall of Fame?  Well, that is where you come in.

Over the next couple of weeks we’ll be asking supporters to nominate any individual who you feel will be worthy of inclusion in the Hall of Fame.  They can be a player, a coach, an administrator or volunteer.  Basically, any person who has made a significant contribution to the Neath RFC.

We’ll then form a small panel of Neath Rugby Supporters Club members, who will whittle all the nominations down to a final three.  These three will then be inducted into the Hall of Fame at a special celebration evening at the end of the season.

There’ll be no shortage of candidates spread across the decades.  The likes of Rees Stephens, Courtney Meredith, Dai Morris Brian Thomas, Brian Williams, Gareth Llewellyn or maybe Adam Jones are all likely to feature in people’s thinking, but anyone who has made an outstanding contribution to Neath RFC can be nominated.

Shortlisting
Once all the nominations are in, we’ll ask four or five Neath Rugby Supporters Club members to get together to discuss the nominations and whittle them down to the final three.  These three will then become the first members of the Hall of Fame.

If you’d like to help in whittling down the nominees then please e-mail us on info@neathrugbysupporters.com .  We’ll be doing this on Saturday 29 March, after our final home match of the season against Cross Keys.

Hall of Fame Evening
The final three individuals will be officially inducted into Neath Rugby Supporters Club’s Hall of Fame at a special celebration evening at the end of the season.  The evening will also incorporate the supporters club’s Player of the Year awards.  It is envisaged that the evening will take place in May (exact date to be confirmed)

So get nominating now to honour your heroes.