Vote for Neath Rugby Supporters Club’s Player of the Year

Posted on April 12, 2016 by neathrugbysupportersclub 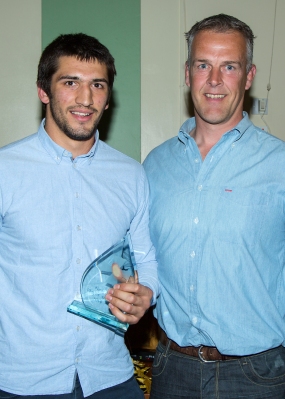 Neath Rugby Supporters Club are inviting members to vote for their Player of the Year.

Between now and the end of the season, members can cast their vote and have their say on who they think deserves to follow in the footsteps of last year’s winner Alex Humphrey.

Despite a difficult season in which wins have been scarce, there can be no doubt the players have given it everything.  So, now we want to know who you think the standout performer was – who gave it their all, week in, week out? Who impressed you the most?

Members who wish to vote can visit the supporters club table in the clubhouse at home games .  You can also email your selection to info@neathrugbysupporters.com – ensure you include your name and your supporters club membership number.

The winner will be announced in the Hall of Fame night on Friday 20th May.

So getting thinking, and make sure you vote for your favourite player.

Please note:
Voting is only open to Neath Rugby Supporters Club members.
One vote per member.
Closing date for voting – Friday 6th May

This entry was posted in Hall of Fame, News and tagged 2016, Alex Humphrey, Hall of Fame, Player of the Year. Bookmark the permalink.