Posted on March 14, 2015 by neathrugbysupportersclub 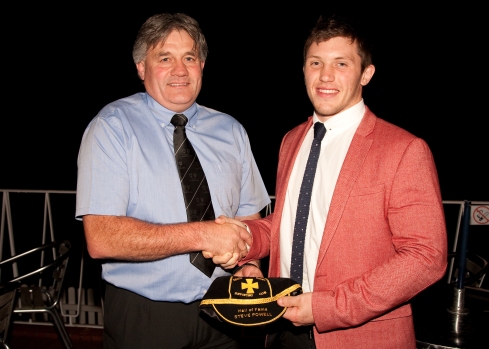 The inaugural celebration will take place on Friday, May 15th at the Neath Rugby Clubhouse where BBC Scrum V’s Rick O’Shea will be guest speaker. The evening will see five of Neath RFC’s all time legends inducted in to the Hall of Fame and fans are invited to come along.

A spokesman for Neath Rugby Supporters Club said “Once again this year, the Hall of Fame initiative has really captured the imagination of fans. We have had almost 50 different players nominated and from them, the final five inductees will be chosen. Those five will then be honoured at this special celebration where they will be presented with a special commemorative cap”

Tickets are priced at £7.50 for supporters club members and £12.50 for non-members. They’ll be available before and after Neath’s game with Newport on Friday night from the supporters club table in the clubhouse.

The spokesman added “Last year’s Hall of Fame night was a sell out and tickets for this year’s event are also selling fast. We would urge anyone who wishes to attend to secure their ticket before they all go”

Neath Rugby Supporters Club are very grateful to R&SD Risk Management for their kind sponsorship of the evening.

This entry was posted in Hall of Fame and tagged Hall of Fame, Rick O'Shea. Bookmark the permalink.